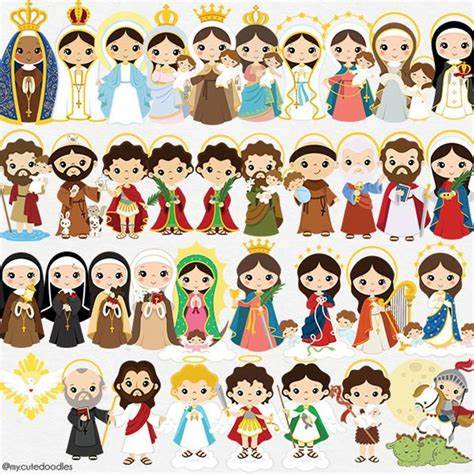 January 4 - St. Elizabeth Ann Seton
Was the first native born American canonized.  She was a convert to Catholicism and founded the Sisters of Charity, the first American religious community of Sisters.

January 5 - St. John Neumann
Was born in Bohemia, came to the United States as a missionary and was ordained in New York.  He joined the Redemptorists and was named Bishop of Philadelphia in 1952.  He organized a diocesan school system in the U. S.  and was the first U.S. male saint.

January 21 - St. Agnes
Was a Virgin martyr who is mentioned in the first Eucharistic prayer of the Roman Canon.  Her name means "lamb".  She is the patron of young girls and virgins.

January 24 - St. Francis deSales
Was the Bishop of Geneva who was a powerful preacher and influence during the Counter Reformation, the Catholic response to the Protestant Reformation.  along with St. Jane deChantel, he founded the Order of the Visitation of Holy Mary, a cloistered community of nuns.


​January 31 - St. John Bosco
Was an Italian priest, educator and writer of the 19th century.  He founded the Salesian Priests, Brothers and sisters to work with the youth.

There are several other saints honored this month.
How many more can you find on the Church Calendar?????
​